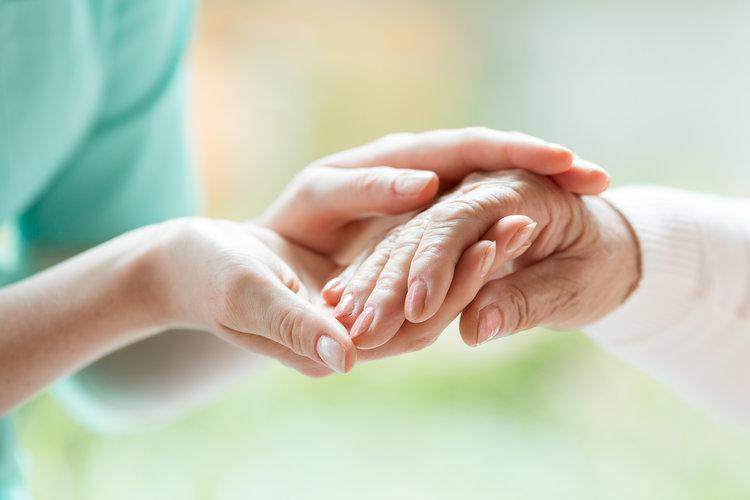 Patients often come to us because of an abnormal movement, the most common of which is tremor. By definition, tremor is a rhythmic and oscillatory movement that can occur during movement, at rest, or when a limb is held in a certain position. For an accurate diagnosis and treatment plan, we need to categorize the abnormal movement (tremor). While the first thing that pops into patients’ (and doctors’) heads is Parkinson’s disease, that diagnosis isn’t always the case. Let’s summarize the types of tremors and general treatment principles. Many of us possess what is called a physiologic tremor when the arms/ hands are held outstretched. This is a normal finding, but can be exacerbated by a variety of events, such as fear/ anxiety, sleep deprivation, and sedative or alcohol withdrawal. A number of medications can also enhance this type of tremor: lithium, SSRIs (common meds used for depression), valproic acid, excessive caffeine, and bronchodilators (e.g. albuterol or other inhaled meds). The main course of treatment is to address/remove/change the underlying cause. By far the most common form of tremor I see in my practice is benign essential tremor. This very fine tremor, which may or may not run in families, often worsens with intended movements such as bringing a fork, spoon or cup to the mouth, thus another phrase used is intention tremor. Patients often complain of difficulty writing or threading a needle or putting a screwdriver into a screw. It affects all ages and can range between mild/ almost inconspicuous to very severe and disabling. Medications used include propranolol or primidone, all off-label use. Some patients have found improvement with an antidepressant called mirtazapine as well. If medications do not dampen the tremor or if side effects limit their use, a surgical procedure known as DBS (deep brain stimulation) can dampen tremor through an electrical charge directed to a part of a deep brain structure called the thalamus. By far the most common cause of a rest tremor is parkinsonism of which Parkinson’s disease is the most common variety. This often occurs first on one side in one hand or finger/fingers. It can be voluntarily stopped by a patient especially early in its course, and is often noticed by a spouse of caregiver initially. Prior to the modern machines that manufacture our medications today, pharmacists of the past used to compound their own pills, and thus a “pill- rolling” movement is often attributed to this type of tremor, with the thumb and index finger displaying circular movements in an opposing and slow, rhythmic fashion. This type of tremor is often dampened or eradicated when a patient actually uses the affected limb to perform intended movements, then returns when the limb is at rest and often is most pronounced when the patient is distracted or when asked to walk. Of course, there are other symptoms/ signs that accompany this type of tremor when a diagnosis of Parkinson’s disease is made, including bradykinesia (slowness of movement), rigidity, and postural instability. If parkinsonism is the suspected cause, medications to regulate dopamine are the mainstays of therapy. The bottom line is NOT to panic if you develop a tremor! A thorough family history, medication history, and physical examination will usually determine the cause of the tremor. Even if it turns out to be parkinsonian in nature, medications exist to help reduce not only the tremor but other symptoms and treatment continues to advance. Should tremors or any neurologic malady strike, I encourage you to schedule a visit so that we can accurately diagnose the cause and create a treatment plan. We are here for you!

2020, The year of the COVID, has been long and hard and all things good or bad have to pass. Nothing is permanent. We have to trust in life and not succumb to despair.

What Am I Grateful For Today?

I have gratitude for the self-realization of the present moment. Each moment is filled with grace. When I am fully immersed in the present in the here and now, nothing is ever enough. I am ever so thankful for the joy of simply being here with family

Hidden Anger : The Enemy Within

First of all I would like to thank one and all at Royal Oaks for inviting Pinnacle Care Internal Medicine to have an office on its premises. We feel privileged and honored. I would also like to thank the powers to be that run the monthly newsletter

In a very real way, the stories we tell ourselves inside our own heads every day change what and how we see our lives … And this "self story" is a simple collection of beliefs that ultimately make us what and who we are.

Heartbeats in Relationships - Care vs. Control

Hello, there! After what has felt like a long cold winter, spring has finally come, and with it, thoughts of love, freshness, and change! As we look about and see God's beautiful changes in nature, perhaps it's also a good time to look at our lives and how

What's In Your Pie? A Senior Looks At Life

I was recently asked if I considered myself more of a Physician or a Healer. A Physician possessing Medical Expertise vs. A Healer, who deals with the Mind, Body, and Soul. I would like to consider myself "both", but in actuality, I want very much to